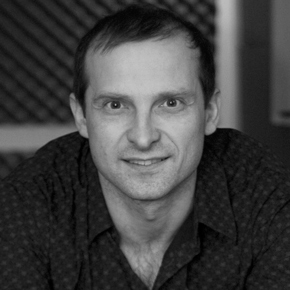 Chris graduated with a BSc.(Hons) in Chemistry from Queen Mary College.

Following his time in London, Chris developed his business and man-management skills whilst working for the Cargill Corporation.

As a result of missing Chemistry, Chris decided to train as a teacher. As a graduate student and member of New College MCR, Chris found himself well suited to life in the classroom.

His first teaching job was at Plymstock School, where he taught from 1995 to 1998. Between 1998 and 2001, Chris taught chemistry and was Head of Lower School Science at Mount Kelly Independent School in Tavistock. Between 2001 and 2011, he was employed again by Plymstock School in Plymouth as Head of Chemistry.

Each year, Chris enjoys privately tutoring large numbers of A-Level chemistry students.  He also lectures chemistry at the PAHC within the University of Plymouth.

Chris began playing drums at the Northamptonshire County Music School at the age of 10. Here, he studied with Richard Coles who is a former ‘BBC Big Band Drummer of the Year’ winner.

Early appearances include the World Youth Music Festival in Zurich in 1985 and the Youth Proms in 1986. Furthermore, Chris played for the Virtuosi GUS band between 1987 and 1989.

Whilst in London, Chris played for a number of rock bands, jazz bands and big bands. He also played for the University of London Orchestra, which allowed him to perform at the Royal Albert Hall, Royal Festival Hall and Queen Elizabeth Hall. In addition to this there were church performances at St. Martins in the Fields, St. Johns Smith Square and St. James Piccadilly.

Since leaving London, Chris has also performed with the University of Oxford Orchestra at the Sheldonian Theatre amongst other venues.

Chris was a member of the Plymouth Symphony Orchestra for a number of years.

He now enjoys teaching drums to students with a wide range of abilities. Each year, he tutors music undergraduates at the University of Plymouth and helps them to prepare for examined recitals.